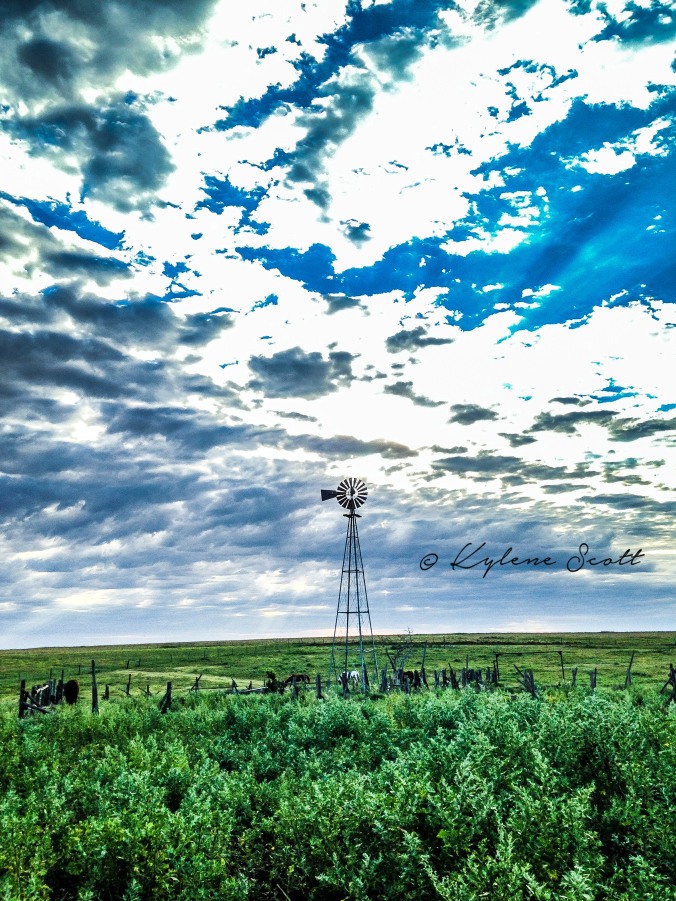 I’ve worked at home for the last two days, and with young kids that’s quite the fete. My oldest had been asking to go to Grandma’s and when she called yesterday and wanted to pick him up, I gladly sent him on his way. The youngest slept basically all afternoon in his swing, and I actually got to sit down and write a story for work. Midday, I decided to go take some photos to accompany the story I was working on. Since it was muddy when I woke up Thursday, my first stop outside was the rain gauge. I was shocked to find an inch of rain in the gauge, and then thanked the Lord for the moisture. It was glorious even though I didn’t even get to hear it come down during the night.

My second stop for photos was out in the horse pasture. The mares were out eating all the green sprigs coming up, and since I hoped to get them eating off a round bale I tricked them by putting some grain on the bale. Shhh.. Don’t tell our readers! While I was waiting on them to come up, I gazed at the sky and admired all the beautiful clouds against the blue sky. I turned around and saw the sky and clouds making a pretty photo behind the windmill. It turned out pretty darn nice!

There’s just something about clouds, sunsets and sunrises that make my heart sing. I scroll through my photos, and if it isn’t a horse or kid, it’s of the sky. Not sure why I take so many pics of the heavens, but I don’t see it stopping anytime soon..

Blue sky, clouds and windmills. What else do you need for a photo? 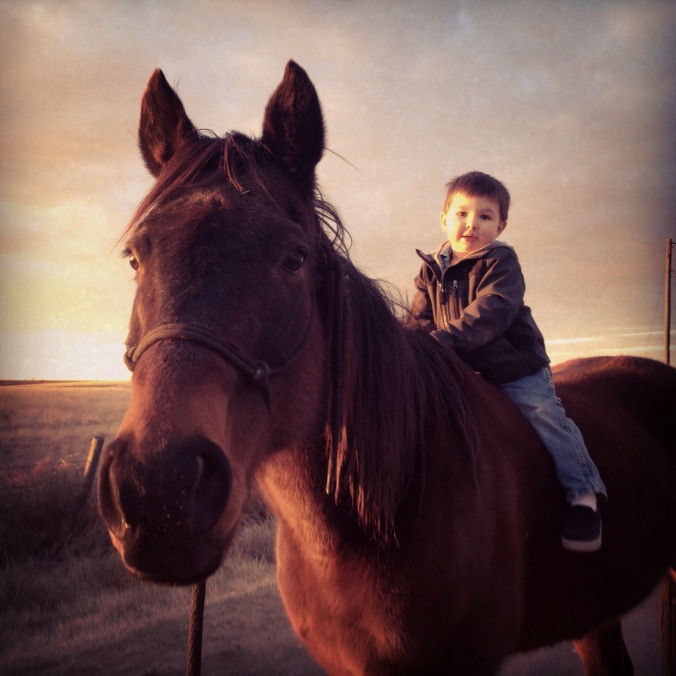 Two of my favorites!

Yee haw! I’ve made it through a whole year blogging and didn’t scrap the idea after the first month or six months. Here we are at 78 posts, and when I was thinking about what to write about I went back to the beginning and re-read some of my posts. Ironic enough my second post was about the howling wind, and you know what, the wind is again howling outside my window! Some things never change.

A lot has happened in the past year. Some bad, others good and some fun in between. I’m not much of a resolution maker, but I try to improve myself each year and not digress into the bad habits I have already accumulated. Easier said than done at times.

Thanks to everyone for reading, and I hope you continue to do so. Here’s to another year blogging!

I’m a sucker for Instagram. Here’s my favorites that I took this week. 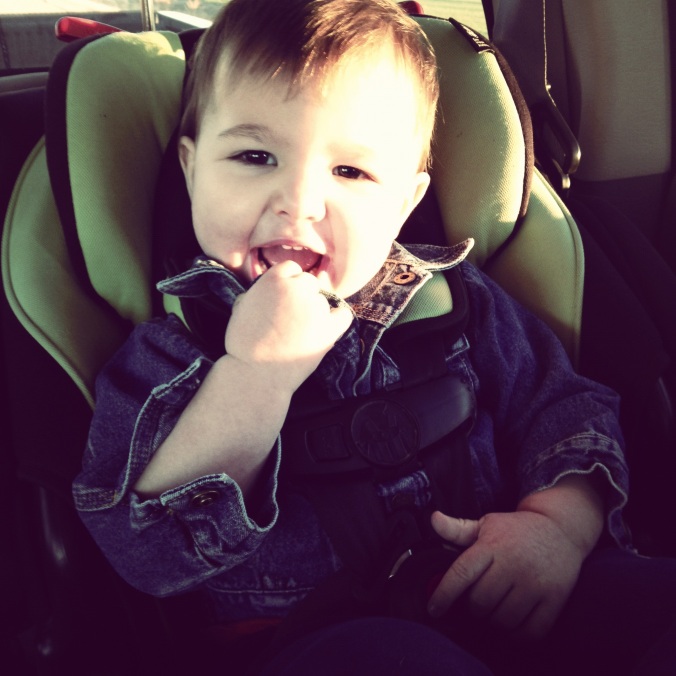 Shaun happy to be awake on the Wednesday before Thanksgiving. 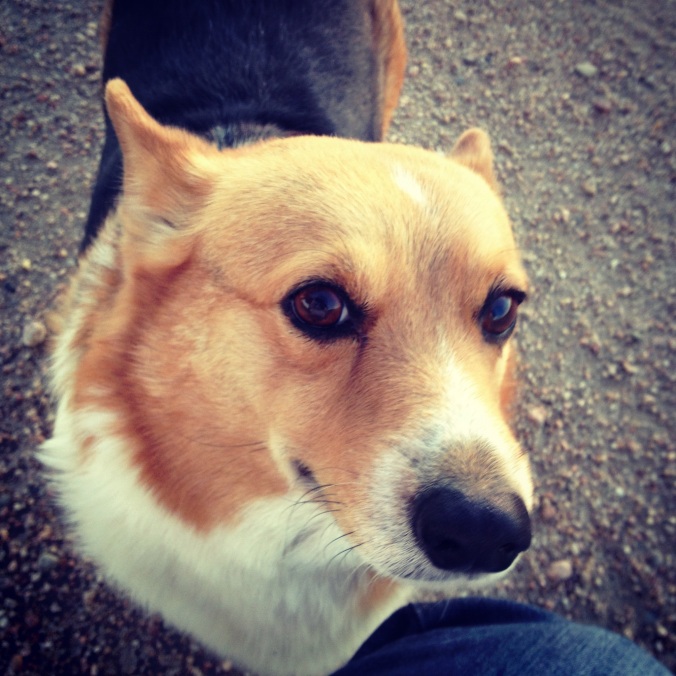 A beautiful sunset on a Sunday evening. 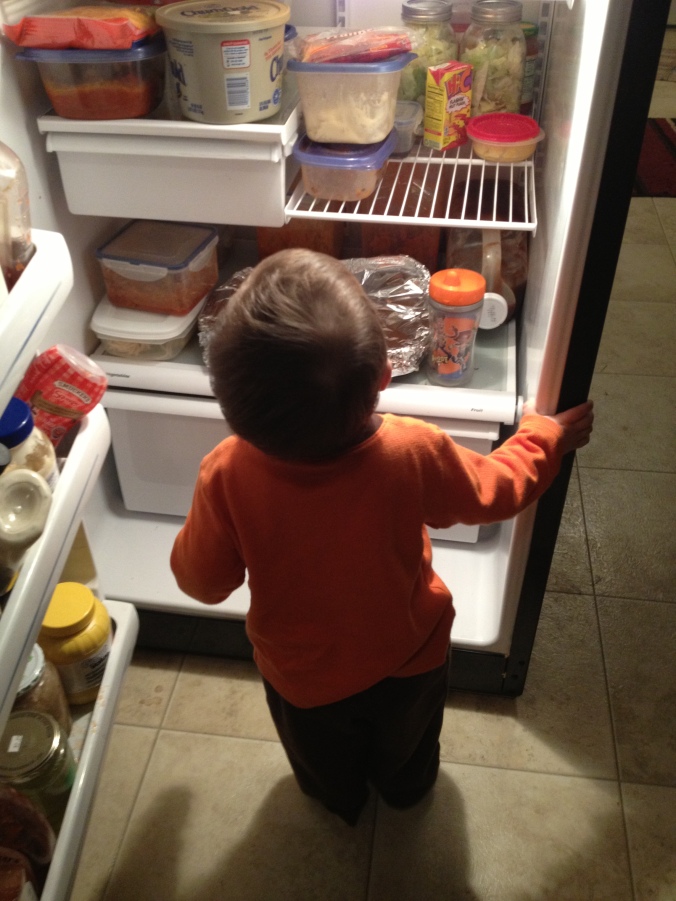 Some of you might remember my campaign for a new camera that resulted in me getting a new Canon Rebel T3. The camera has been wonderful and the more I use it the more I love it.

Now I’m on the hunt for a new cell phone. I really, really, really want an iPhone. Not just because they are cool or because I am the only one in the office that doesn’t have one yet. But I want one because of three things: Instagram (a photo app); the ability to sync with my Mac computer at work for emails and photos; and the camera on it is better than the crappy BlackBerry one I have now.

Not that I need (or want) another camera, but it would be handy to have a phone that can take pics when I don’t have a regular camera with me, i.e. on my morning rides.

My biggest fear about getting an iPhone is that it won’t work at my house. Some Verizon phones just don’t work out in the boonies. I guess if that’s the case I will have to resort to getting a landline phone so we have a working phone in the house.

What ever the case, I hope to have a new phone soon. Shaun does too, as he can’t keep his hands off my crappy BlackBerry.

Shaun already can’t keep his hands off my crappy BlackBerry. He wants momma to get an iPhone.